Carolina Jubilee Is A Lot More Than A Music Festival 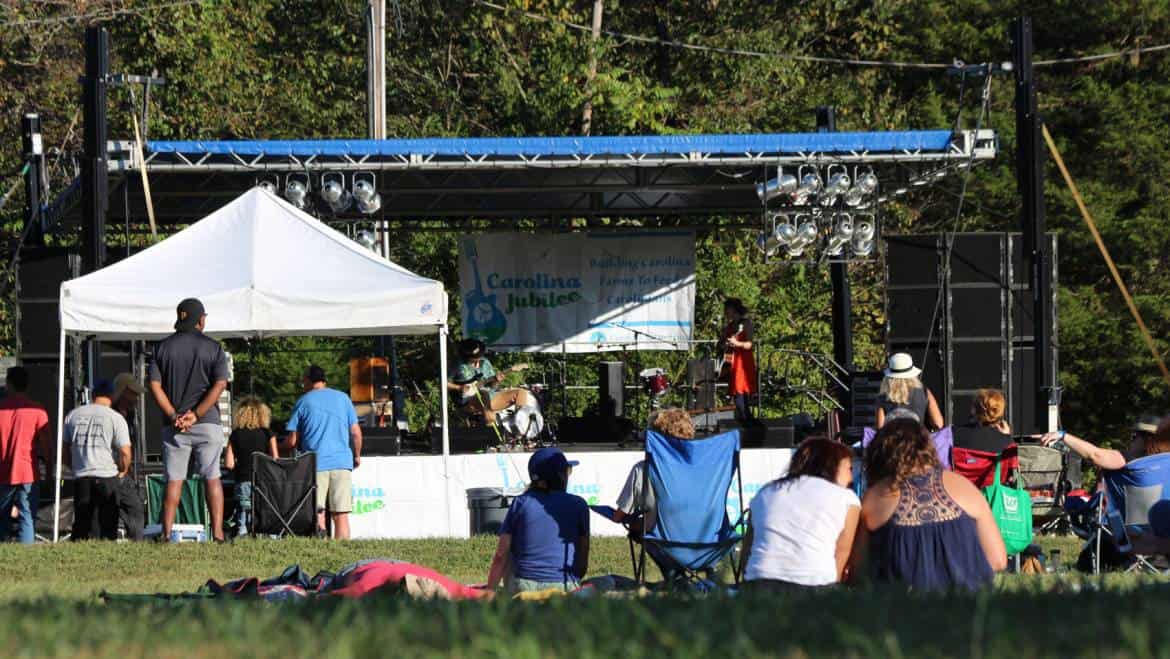 “Tucked into the heart of the Carolinas at VanHoy Farms in Harmony, NC is this year’s Carolina Jubilee festival, September 29 and 30. The third annual festival is the project of the Carolina Farm Trust, an organization whose mission is to improve the environmental sustainability of farming communities of the Carolinas. There will be 18 bands over the two days, along with food, drinks, and various other activities all from right in the region.

To truly understand the Carolina Jubilee, it is important to consider the initiatives of the Carolina Farm Trust which began just over two years ago in May of 2015. “I just started talking to the farmers and asking ‘What do you need? Is it a tractor; is it land?’ and then I began making all of these commitments that I had no idea how I would follow through on. So I needed a vehicle for that and that’s when the paperwork got started. I just backed into it,” said founder Zack Wyatt.” 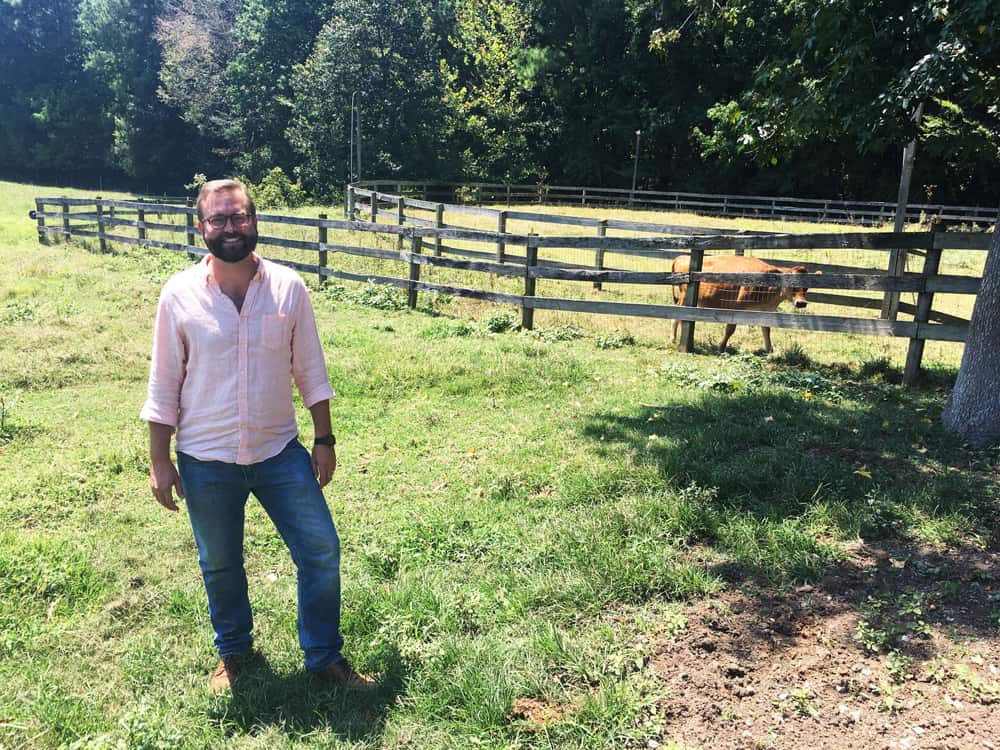 The objectives of the Carolina Farm Trust are focused on the farmer. “At the end of the day it is getting the farmers what they need to reach their goals. Not mine or anyone else’s,” said Wyatt. “We are strategically investing in a community that we need to survive. This is not charity. There will be a point in time where a global food system will not work and if we’re not supporting our regional food system and the regions around us then we’re going to feel the repercussions of that. I want people to know that they control our destiny.”

In the beginning, not only was the Farm Trust focused on creating sustainable success for regional farms but also on ways to make the program sustainable so they can provide solutions long term. “Profitability is the biggest part in the sustainability equation. If it is not profitable it is not sustainable,” said Wyatt.

Carolina Jubilee came into existence to address the question of how the Farm Trust was going to get funding. “The traditional methods of putting on a festival wouldn’t work for us,” said Wyatt. “We aren’t going to go to a big name beer distributor for a large-sum sponsorship, we aren’t going to source the cheapest food and mark it up as much as we can and manufacture a system that maximizes profit based on everything that is wrong with our society.” 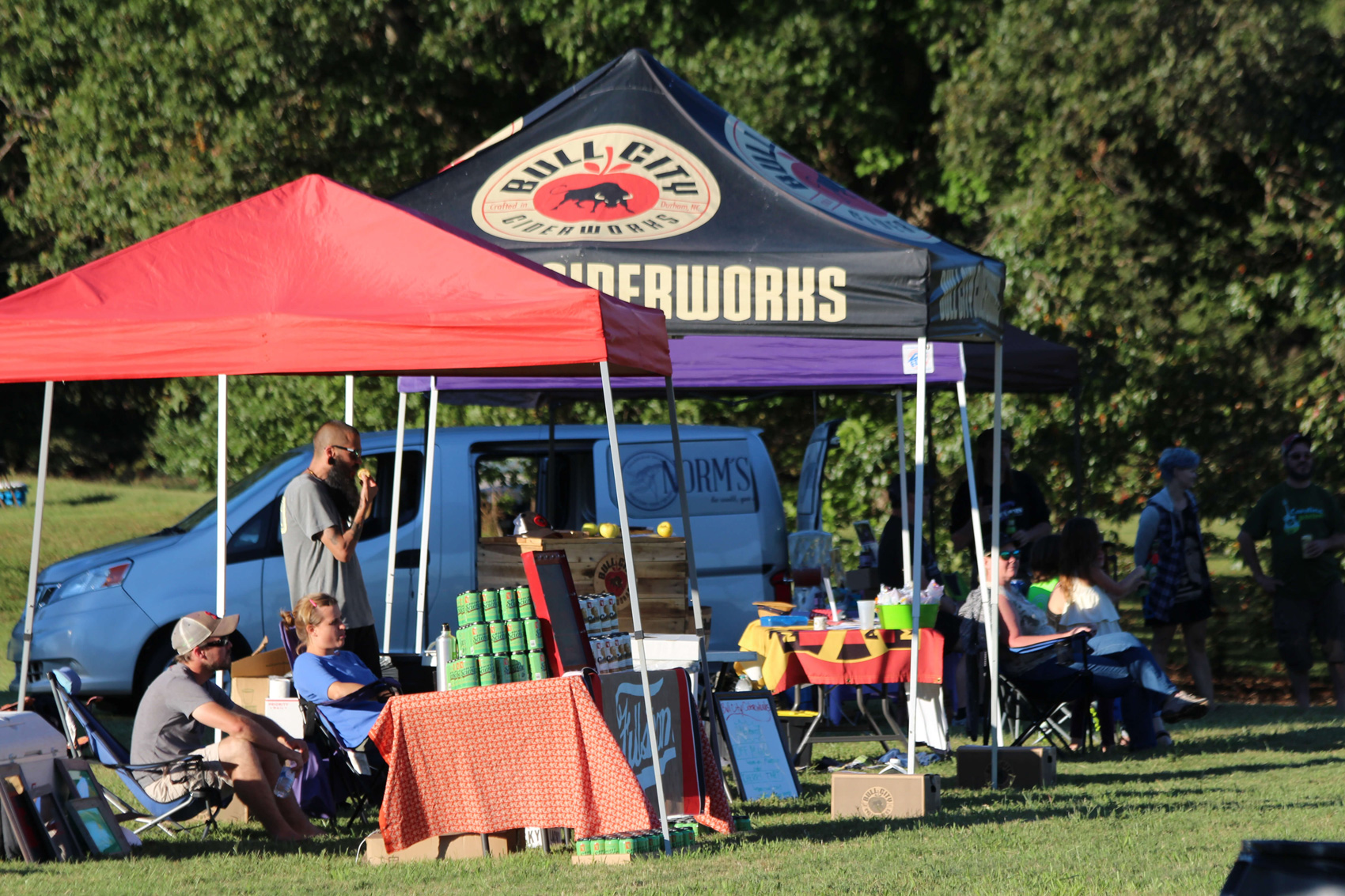 The festival proudly sources locally as much as possible, which is close to 100% of the time. This is emphasized down to the smallest detail, like choosing to provide bottled water for the festival from Midas Spring Water Inc., a company out of Huntersville, instead of a national brand that would likely be more cost effective. It is important that all aspects of the Carolina Farm Trust are in line with their mission.

The design of Carolina Jubilee is to create a fun opportunity for people to come together to support Carolina agriculture and to highlight the importance of businesses who are using Carolina farmers as a part of their supply chain. “These businesses are making a big difference. A restaurant that is sourcing 10% locally should be applauded and not looked down upon for not doing more. Do you know how hard it is to do that in the first place? All this local and organic push is a movement that has real cost to it while the benefit is not so easily measurable. Even sourcing something like 10% locally may seem like a small amount but it is so impactful for the farms,” said Wyatt.

The central location of VanHoy Farms in Harmony sits strategically within two hours of every major city in North Carolina aside from the far East Coast. The Carolina Jubilee encourages people from urban areas to go into rural ones, with only the option of supporting the businesses that surround them, to engage with each other, and have fun! 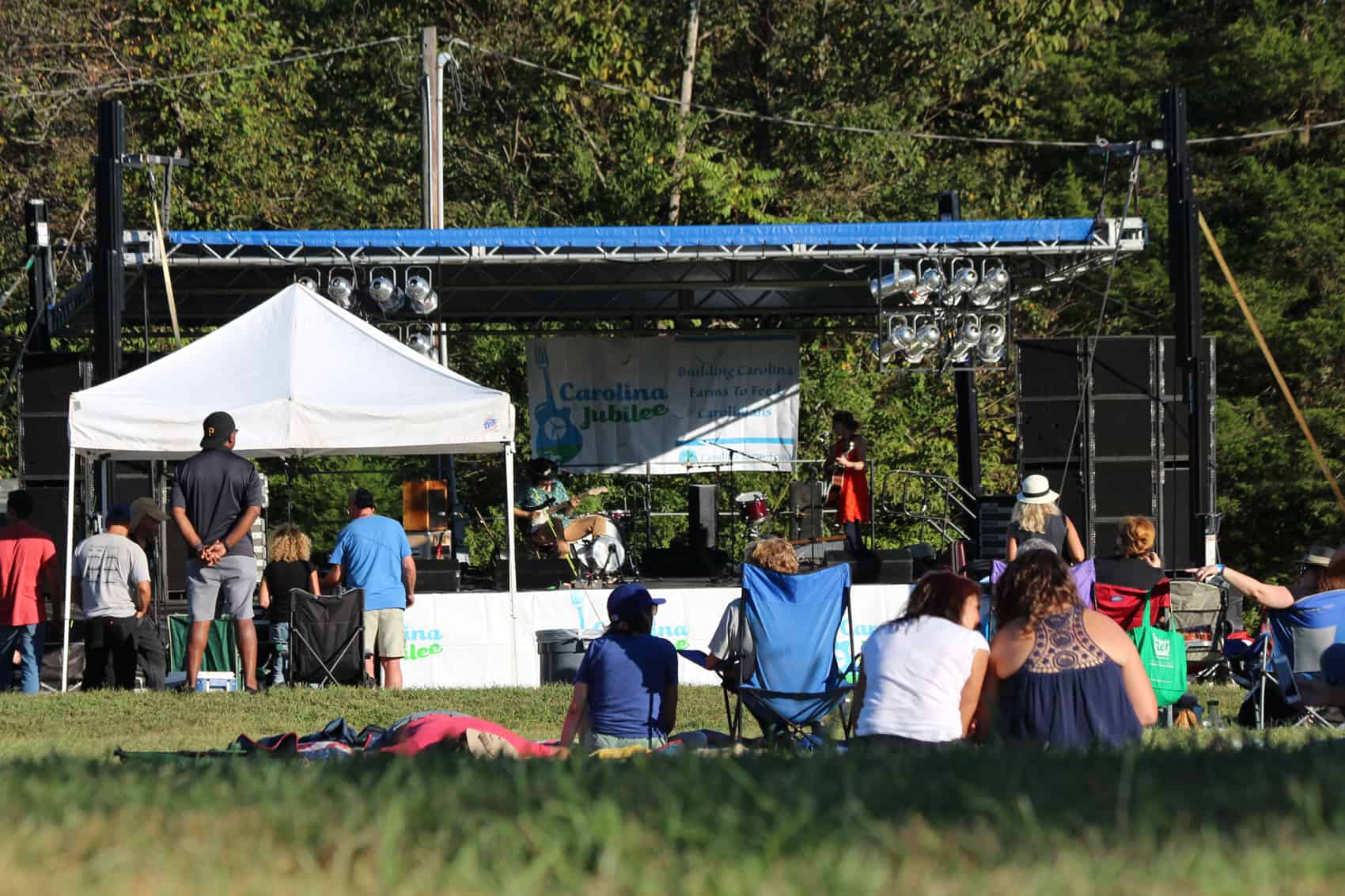 “Our country is very clearly divided between urban and rural landscapes and instead of talking about the divide we need to go to it. That is why the festival is in Harmony. Regardless of differing views and affiliations, when the average person in a calm environment interacts with another it isn’t going to be hate-driven. It’s going to be intrigue and conversation,” said Wyatt.

All of the festival’s music this year is from the Carolina’s. Eighteen bands over two days will play beginning Friday, September 29, at 1:30pm until about 1:30am. Music starts at 11am on Saturday, September 30, and will go until 2am. Some of the featured bands are Susto of Charleston, who will be rounding off their festival-packed summer tour, and Acoustic Syndicate, the NC bluegrass and rock band. Other bands include The High Divers, Sinners & Saints, Amigo, and more.

“We had a bonfire right in front of the stage last year. What venue are you going to go to where you can throw a bunch of sticks in the middle of a field and light it on fire?” said Wyatt.

As for food, there will be a selection prepared by some of the Carolina’s best chefs including Chef Clark Barlowe from Charlotte, Chef Regan Stachler from Durham, Chef Harrison Littell from Winston, Chef Njathi Kabui from Apex, NC. All chefs will craft creations under an “open fire” theme. Chef Clark will have four hotdog options including a lamb dog, pork dog, beef dog, and a vegan dog from foraged mushrooms. Chef Harrison wants to do something with pork and Chef Regan is interested in water buffalo. Additional food options will be provided by Norm’s Farm, King of Pops, and others. Also under consideration is a sort-of market with food for purchase that could be prepared after hours. 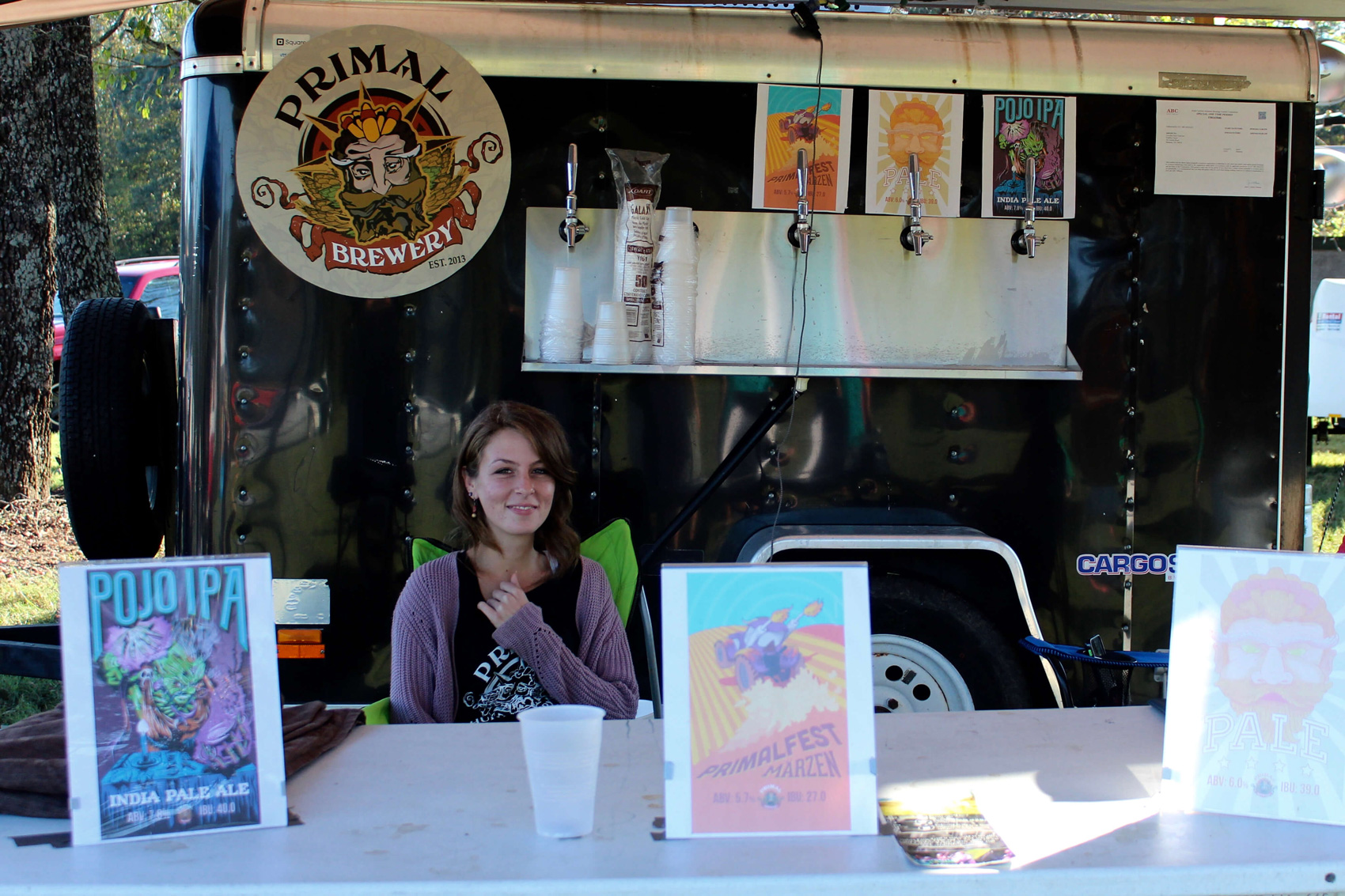 To wash down all of the incredible eats, the Jubilee will host a solid variety of Carolina-bred breweries and distilleries. Fullsteam Brewery, Primal Brewery, Fair Game Beverage, Topo Distillery, and Durham Distillery will all be back and another four will be added including Copper Barrell. Kel Minton from Soul Gastro will be the mixologist again.

In between bands, attendees can peruse a variety of vendor wares, take a tour of nearby Howard Farm, or get their hands into a community art project. There will also be a 5k/10k Saturday morning at 9 that will wind around some of the surrounding farms.

If you’re wondering where to stay for the two-day fest, camping is supported and encouraged! The farmland, situated so far from city lights that you can see the Milky Way, is outfitted with amenities like showers and RV hookups. And, don’t worry, there will coffee both days, provided by Summit Coffee, to help ease the late nights and early mornings.

The Carolina Jubilee is offering a ticket campaign-collaboration with nonprofits and farmers markets who are interested.  If the organization markets tickets through their channels they get discount codes and a revenue split. Sustain Charlotte is on board, as well as Catawba Riverkeepers, Yadkin Riverkeepers, Charlotte Food Policy Council and a handful of farmer’s markets around the state. 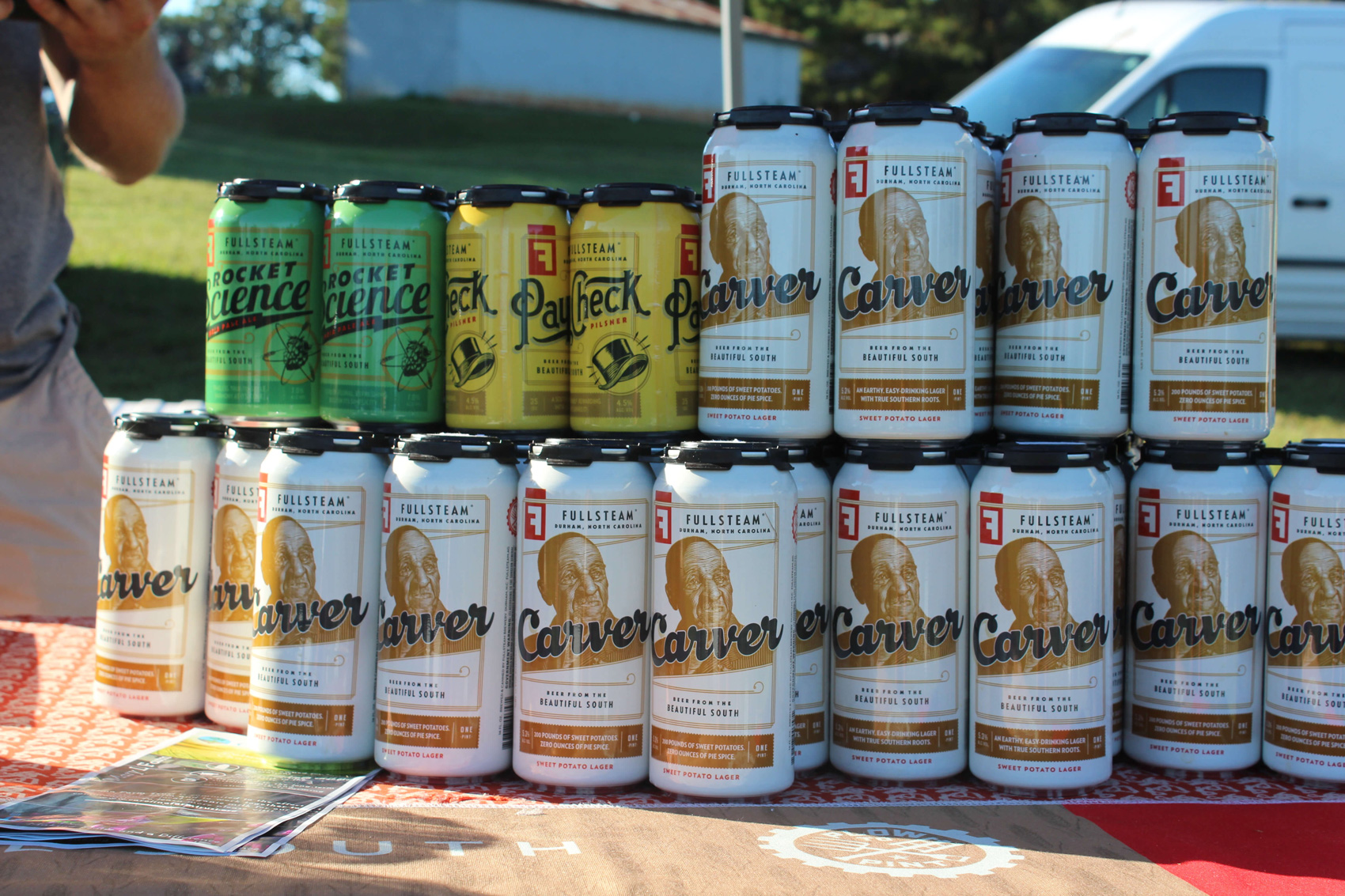 They hand pick all of their participants and won’t be taking profit from the vendors or the chefs. “We want them to make money and invest it back into the organizations that are sourcing from the farms they are sourcing from,” said Wyatt. “We’re not squeezing every penny out of people. If they make a lot of money, great, I want them to.”

Though there will be plenty going on, the goal is not to have a schedule packed full of activities. The Carolina Jubilee is a chance to get away from the everyday hustle and bustle, remove distractions, and create a true experience where people are engaging with other people. It is communities supporting their own communities.

“I am asking people to take a bet on us. Take a bet and spend a day with us this year and give us the opportunity to do something really special. I fully believe that we can make a difference in the way Carolina agriculture is done today but I need the community to do it. It is a social contract between us and the people of the Carolinas and surrounding regions. The only way this is going to work is if the larger community engages,” said Wyatt.

The Carolina Farm Trust ©. All rights reserved.  Powered by 301branding